Willey Cruikshank – Mining Was His Life 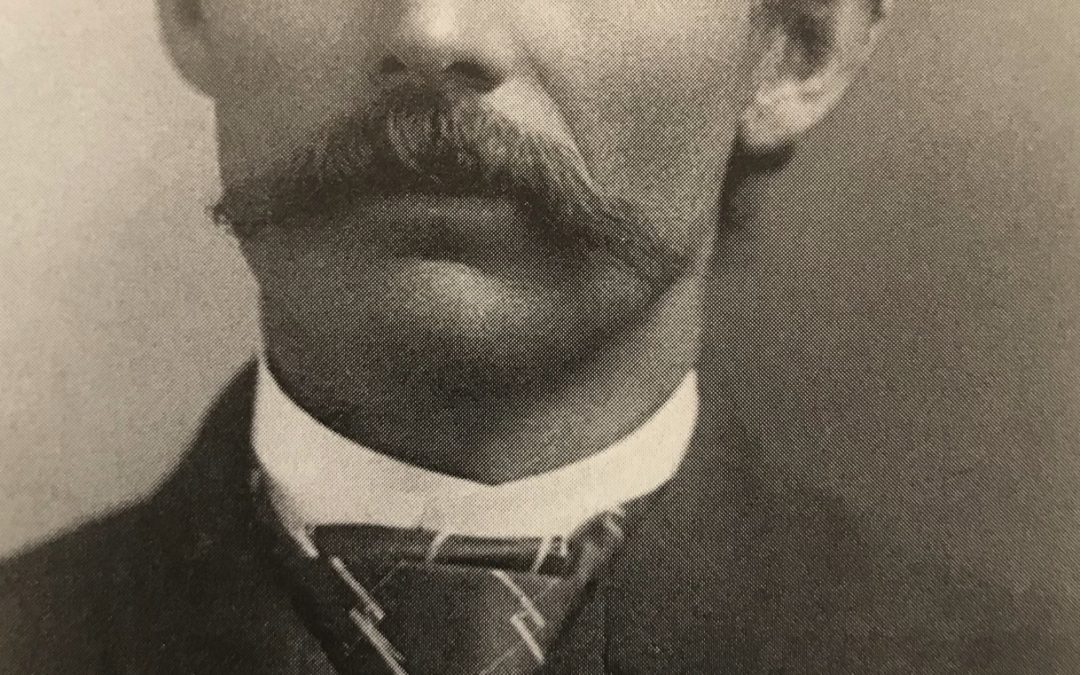 Early in the 1870’s. William Cruikshank Sr. brought his family from their home in Calaveras County to settle on the south side of Villa Creek about 70 miles south of Monterey. Here, in a small clearing three miles from the sea, he built a cabin, planted an orchard of apples and plums and set out cuttings of Mammouth blackberries, brought from the old home. All of these thrived amazingly and old timers still tell of the luscious fruit and berries grown on the old Cruikshank place.

Young Willey was 10 years old at the time and he lived all the rest of his life on the coast destined to become one of those “pioneer souls that blaze their path where highways never ran.” Willey and a sister Emily comprised the family and Emily spent a great deal of her time in Jolon with her friend Oda Butterfield, who later married Ed Dutton. Emily moved to Alameda where she spent the rest of her life.

Willey’s mother died when he was 16. This was a great sorrow as he was devoted to her. She was buried near the home on Villa Creek and Willey carefully tended her grave as long as he lived.

Villa Creek runs through a deep and beautiful canyon. The tourist, driving down the coast road, crossing the high bridges gives little thought to the beauty he misses. Those who take time to explore the deep canyons will find Wood Wardia ferns growing six feet high and the delicate five-finger fern often growing out of old logs, a natural hanging basket and everywhere the smell of cool damp earth and leaf mold and one feels a deep sense of peace.

The Cruikshank house was above the creek and their water came from a nearby spring.

Willey was always interested in prospecting. He watched the Chinese, who were the earliest prospectors along the coast, placer mining in Salmon Creek when he was a boy. Willey then looked for gold in every creek. He found small nuggets and traces of gold in Spruce Creek and dreamed of someday finding a bonanza. A few mines has sprung up and small amounts of gold taken out. Willey’s father was the first recorder of mines as far back as 1875. Later Jim Krenkel kept the records.

The Los Burros region lay higher in the mountains and Willey felt sure the red earth, so like that of the gold country of the Sierras should be good prospecting. His faith was justified and his big dream came true when he discovered the “Last Chance” mine. This was a truly great mine and started a gold rush to the Los Burros district. Almost overnight a town sprang up with hotel, store and of course saloons and many are the tales of the rioting and violence in the short life of the town which was named Manchester.

Jim Krenkel became a partner of Willey Cruikshank and they worked the mine until 1887 they sold out to a group of men who changed the name to The Buclimo Mine. The Buclimo Company worked the mine, taking out a fortune of gold until they struck such quantities of water, they had to quit. At that time there was no equipment capable of pumping out the water at such a depth.

After that the excitement died down and the town of Manchester died with it and by 1901 when Jim Krenkel brought his bride to Los Burros nothing remained but the Krenkel home and a few abandoned buildings.

Getting back to our hero, young Willey never quit prospecting. He placer mined in Salmon and Spruce Creek and finally settled in a cabin across the canyon from the Last Chance where his “New York” mine was located. This was Willey’s last home. He never married, having had two sad experiences.

He was engaged to Alice Dutton, of the well-known family of Jolon, where Willey was a welcome guest on his trips out from the coast. He gave her a large diamond ring and they planned to be married in San Francisco. Alice went ahead to make arrangements and Willey was to meet her at a certain date. Willey, wedding ring in pocket, learned from his sister Emily, who lived in Alameda, that Alice has married a young Englishman, Alfred Smythe-Pickett, whom she had previously met in Jolon, and had sailed for England. Willey, crossing the ferry, threw the wedding band into the bay and returned to his mountain home, a sadder but wiser man.

Years later, when time had healed the hurt, Willey met and became engaged to a girl named Augusta Stringle who cooked at Tidballs Hotel in Jolon. Thinking her a poor girl who would appreciate his generosity, he gave her $500 to buy her trousseau in San Francisco. Poor Willey was destined to disappointment – Augusta, with Willey’s money, fled to Portland to marry a girlhood sweetheart. This was enough Willey had no more use for the women.

He was a kind man with a great sense of humor and a wonderful love for children. It is a pity he did not meet the right woman. Willey always walked over the trails. A fortune teller once told him he would be killed by a horse so he never rode one. He was a great reader and was fond of poetry. He was allergic to milk. His mother reared him on weak tea and he drank tea all his life, never touched butter, cheese or any dairy products. He loved jelly or sweets of any kind. Often made his meal of bread, jelly and tea.

Willey was the name he liked to be called by – I was named Willey he insisted, not William or Billy. However he was often called Billy by his friends. He did not lack courage, and would tackle any job. During the early years of the Buclimo mining operation a young Englishman fell to his death in the deep shaft. None but Willey would go down to recover the body. Taking a piece of canvas he wrapped the remains in it, and brought it up the narrow shaft. The Englishman was buried under a nearby pine and word was sent to his family in England of his tragic death.

Another time Willey found the body of a Dutchman on the Los Burros trail. Ed Dutton, constable of Jolon, who came to take charge of the body, teased Willey about finding bodies. It was ironical that Willey’s own body should lie on the mountains near the trail for six years before being found. In November 1937, Willey started out from the New York Mine to spend a few days at the Bane place on the Nacimiento River. He was never heard of again. Search parties combed the area along the Los Burros trail, but found no trace of Willey.

In 1943 soldiers, making a jeep road through the mountain, found Willey’s bones. His hat and wallet lay close by. In his wallet was 62 cents. Except for his New York Mine he left the greater part of his money in the bank failure of the Bank of California of San Francisco, where he had his money. His sole remaining relative was a cousin, John Cruikshank, whom he had not seen for years.

As you go by the “Last Chance” (Buclimo) mine, just over the crest of Gold Ridge and about a mile above the Krenkel place, all you see is a quiet swale in the bend of the road, where a corrugated steel shed covers the deep shaft, and tall Coulter Pines whose big cones drop resounding on its roof, a poignant reminder of a day long past.