Tale of the Evans Family 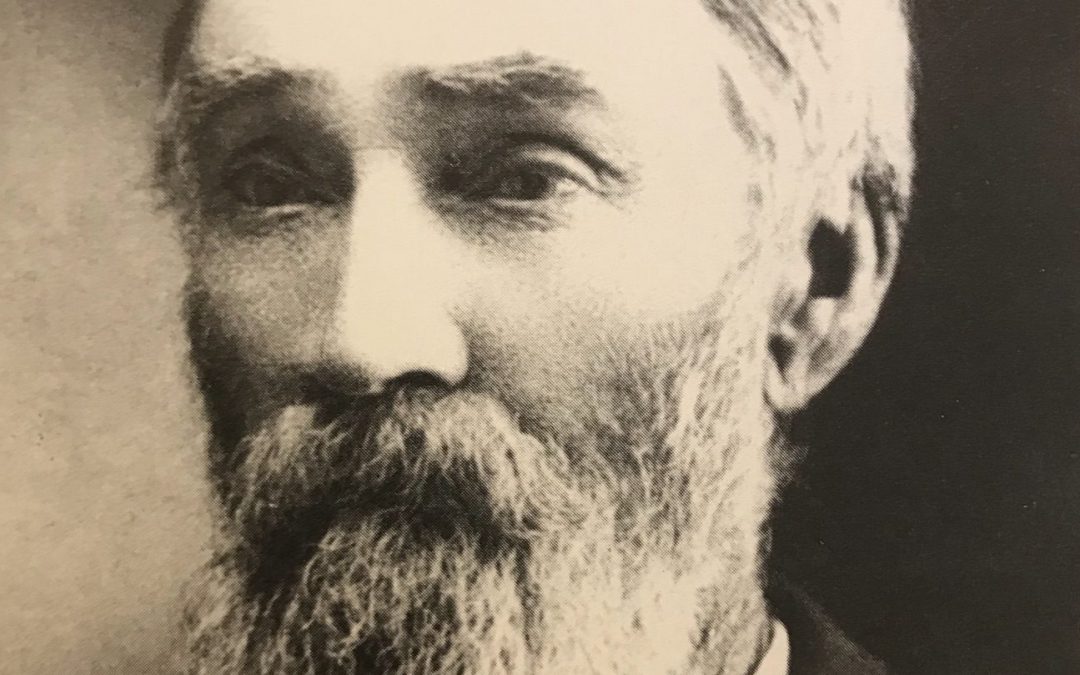 In a beautiful green valley in Wales, Jonathan Evans lived with his wife and large family in the early 1800’s. As time went on and the family grew he found it increasingly hard to provide for them and resolved to go to America. A neighbor who had returned from the United States for a visit encouraged the Evanses to make the change telling them of a valley in Wisconsin which was very like the one in which they lived.

So this courageous Welch man with his family left their home land and arrived in New York, tempted to settle there, but the final decision was to go on to Wisconsin where they worked hard, acquired farms and prospered.

One of the boys, Thomas, felt the call of the far west and set out for California. Shasta County being his first stop where he obtained work from Hank Monk driving stage. Hank Monk, who ran the Overland State, was quite a famous character in the early day in northern California. Mark Twain in his book entitled “Roughing It” tells of an incident in 1872 when. Horace Greeley was campaigning for president of the United States. Mr. Greeley had been delayed and feared he would be late for a campaign speech in a neighboring town. Hank Monk assured him he would get him there on time and as he whipped up his horses the stage went careening over the rough road and Mr. Greeley, holding on to his hat, reached his destination ahead of time, but so shaken up and badly scared, it took some time to compose himself sufficiently to make his speech.

AFTER A FEW years, young Thomas Evans, having saved up quite a sum of money, left Shasta County with a friend named Gillis, the father of John Gillis, one of the first miners in Los Burros. Evans and Gillis arrived in San Luis Obispo and made their way north. They passed through the rich government land in Harmon Valley, past Cambria, which was founded by Welch men who, settling here, named it for the old country. Young Gillis went on north and Thomas bought the north part of the Piedros Blancos Rancho lying along the coast just north of the light house with level fields for grain and open rolling hills for cattle grazing he made a good choice and this has been the home place of the Evans family to this day.

Very soon Thomas returned to Wisconsin to marry the girl he left behind and bring her to the coast where they established a home and reared eight sons and daughters. Here they spent the rest of their lives and a good life it was. They prospered at ranching and were loved and respected by all. Mr. Evans died in the flu epidemic of 1918 while Mrs. Evans lived until 1939.

John, the oldest, homesteaded a piece of land on the head of San Carpojo Creek and it was here he and his bride (Lillian Dennis) spent their honeymoon. He met Lillian while she was teaching the Washington School. This was the same school the Evans children attended but it had closed and the school building had burned, until in 1911, it was reopened and Lillian taught the first year in a tent while the new school house was being built.

JOHN ALSO had a ranch just north of San Carpojo and it was here that he and Lillian made their home while the children Clinton, Bob and Althea attended school. They lived in Pacific Valley several years when John and Will had the Plaskett ranches leased and John acquired about 60 acres near Point Gorda, where in 1937 when the coast road was completed he opened Gorda Café and Service Station. They operated it themselves until 1940 when they leased it out and it has been operated under lease since that time although Mrs. Evans still owns it and the cabins nearby as well as eight cottages rented for the most part to highway employees.

Lillian reserves one home for her frequent trips to Gorda. She lives in Baywood Park where John died in 1954. Lillian also owns property in the Mansfield Ravine ion Prewitt Creek. Her children are married and settled, but a sad story is the unknown fate of Clinton, the oldest son, who was a professional fisherman living at Fort Bragg with his wife Mamie and daughter Michael Ann.

On Oct. 10, 1959, Clint set off on a fishing expedition in his new 40-foot boat. Eight days later a Coast Guard boat crew received this radio message, “Coming in soon, low on ice” and that is the last ever heard of him.

The Coast Guard searched for weeks, but saw no trace of wreckage and nothing more is known. Lillian still hopes he may be alive. His wife and daughter moved to San Francisco and are working.

WILL, THE second son married a teacher, Miss Alicia Campbell, of Cambria. They had a beautiful home on the San Carpojo. Both are dead now and Tony Williams owns their ranch. The Monte Young family live in the house. Helen Wills Moody York, famed tennis star, bought the Charley Lanini place on the San Carpojo, from the Evans boys and spends much of her time there.

The two Evans girls Kate and Annabelle married brothers, the Van Gordons, and settled near Cambria.

Tom and Ed married sisters. Tom’s wife, Evelyn Clement, also a teacher and Ed married Helen Clement. Both boys are gone and Evelyn still lives at “Cory Cove Ranch” just south of Salmon Creek where she and Tom made their home for many years. Helen lives in the old home of Piedros Blancos.

Ray, the youngest, married Lena Jansen. Ray has passed on. He also had a ranch near Salmon Creek now owned by Dr. Linus Pauling, noted scientist, who was in the news recently when he had to be rescued from a perilous cliff on his premises.

So the Evans family had a large part in the development of the south coast and it is a far cry from the present day fast travel along the smooth highway to the days of horseback riding over the narrow trail that dipped in and out of the deep shady canyons making the journey twice as long, but I am sure many will agree much more interesting.