Post Summit Named for One Of Early Big Sur Settlers 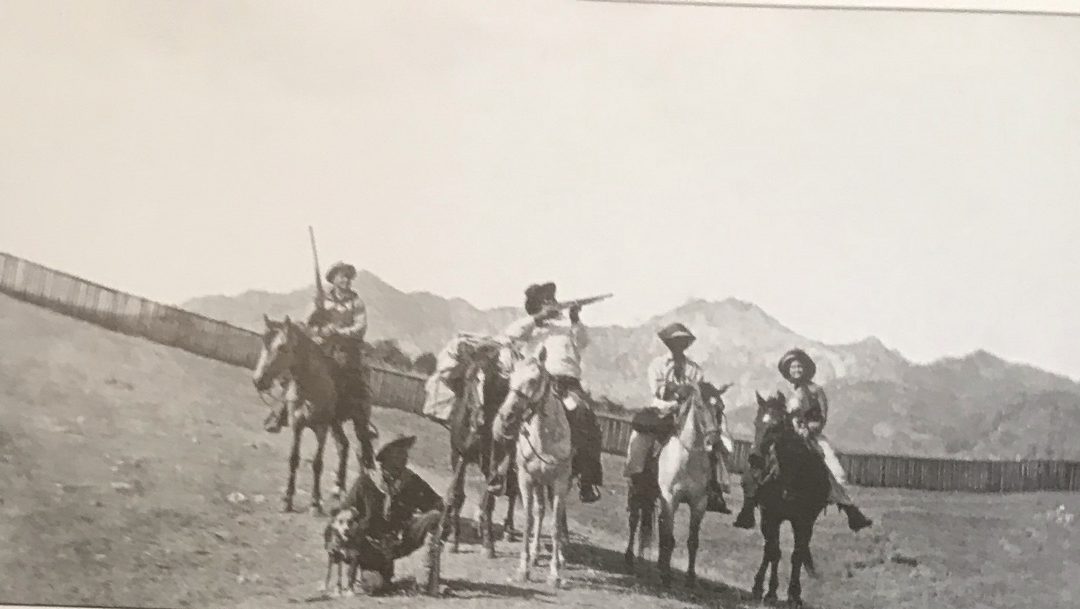 Post’s hill may well be called the very heart of the Big Sur country. From its summit one looks to the northeast where wooded slopes of the coast range gives way to rugged grandeur, where the Ventanas open a vista toward the “wild blue yonder.” To the west lies the turbulent ocean and past the foot of Post’s hill the tranquil Big Sur river flows, and all around one feels the peace and quiet and the eternal mystery of the Redwoods. Here is Pfeiffer State Park.

William Brainard Post came from the state of Connecticut in 1850. His first job was at a whaling station near Lucia. At that time there were no settlers along the coast. From here he went to Moss Landing where he opened the first grain warehouse in California. Flat bottom boats came up the Elkhorn slough to load the grain, which was hauled to Post’s warehouse from all over the Salinas Valley.

Post’s next move was to open the first butcher shop in Castroville. At some time William Post had worked near Carmel where he met and married Innocenti Anselmo, a dark eyed Indian girl from the mission. Innocenti was willing and industrious as well as beautiful and proved to be a wonderful wife and mother.

LEAVING CASTROVILLE with their two little girls, Mary and Ellen, the Posts moved to the Soberanes ranch where William was foreman. Their two sons, Frank and Joe, were born here.

In 1860 the William Posts made their last move, coming to Big Sur where William homesteaded 640 acres on the hills south of the Big Sur river. Later this was called Post Summit and the steep road up from the river was called Post’s grade.

Raising cattle and hogs made them a good living. Tanbark was sold to Trotter and Notley (the main tanbark dealers on the coast). One of the shipping points is still called Notley’s Landing at the mouth of Palo Colorado Canyon.

WILLIAM POST built the kitchen and early part of the old Post homestead in 1867. In 1877 young Joe Post added to the home making it an imposing two story building. Big Sur’s first post office was in this house.

Joe Post was foreman of the Molera ranch for many years. It was here he brought his bride Mary Elizabeth Gilkey and here their only child, William Post the second, was born. Later they moved to Post Summit to take over the management of the ranch and when the coast road was completed—opened thee café and service station known as Rancho Sierra del Mar.

After the death of the old folks, the first home was deserted and living quarters were built in the rear of the café. For many years they had saddle horses for hire and young Bill would act as guide through the lovely canyon trails.

Young Bill married Irene Frederick of Oakland and two children, Mary and Bill, were born to them. Bill is living in Marina and Mary, married to Hugh Floenor, still lives on Post Summit where she and her husband are partners in the business. Mary Fleenor helps edit “Big Sur Roundup,” an interesting little newspaper and a most worthy venture.

JOSEPH POST, father of Bill, died in 1951 at age of 89 and Bill, with his wife, daughter and son-in-law, run Rancho Sierra del Mar. This is a naturally beautiful place made more beautiful by loving hands.

At all seasons, a garden scene of riotous color amazes the visitor to Sierra Mar, and the friendly courtesy of the Post family makes one feel welcome.

For years the old homestead was abandoned until recently it was remodeled along the old lines and is now rented to Mr. and Mrs. George Lopes who both work at “Nepenthe”, the famous restaurant just south of Post hill.

The Lopes, like everyone who lives in Big Sur, love the country and with their two daughters, Georgie and Chairmian, take active part in social and civic life.

Frank Post homesteaded land farther down on Big Sur hill. He married Annie Tate and had two lovely daughters, Alice and Frances. Frances, now Mrs. Muller, lives in San Francisco and Alice with her husband Steve Jaeger lives on the homestead. Here may be seen the loveliest sight—ferns and begonias in profusion in spectacular color and lorn, as well as many other novelties. This is called Loma Vista begonia garden and is famous up and down the coast. The Jaegers also run Loma Vista Inn and gas station.

WHAT OF MARY and Ellen, daughters of William and Innocenti? We find that Mary married Joe Torres and the couple live in Torre Canyon (named for the family). Three children were born to them, all dead now.

All of the older Posts have passed on, but the Post property is still in the family and the pioneer spirit so strong in William Brainard Post is an inherent part of his grandson Bill Post of Rancho Sierra del Mar.