Jaime d’Angula: A Symbol of Man’s Right to Freedom 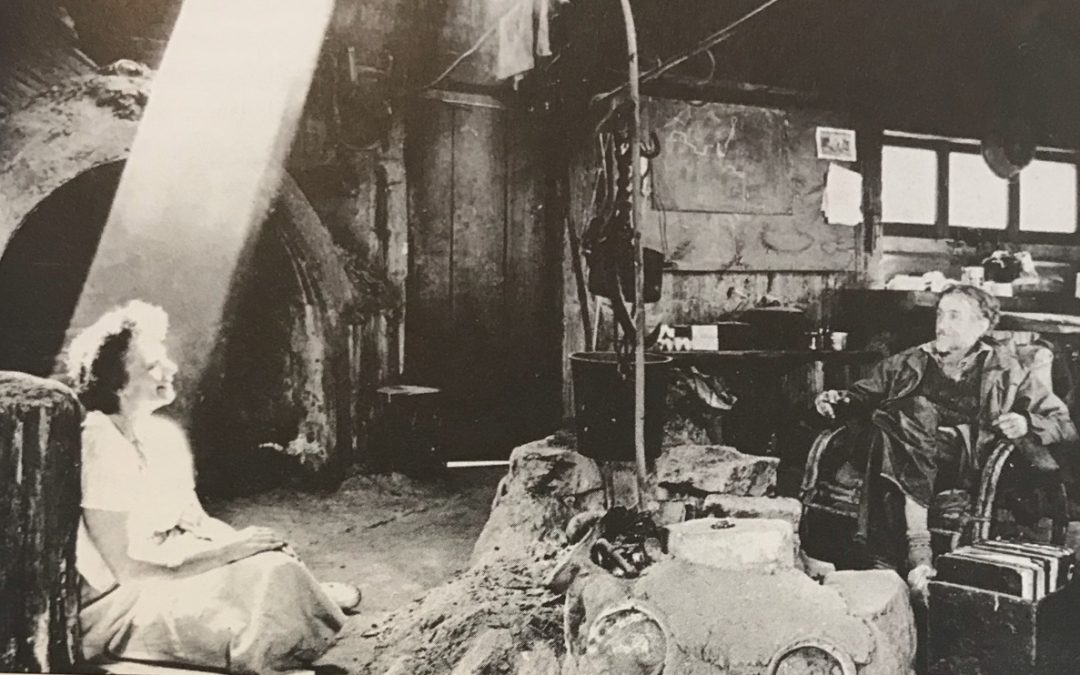 Many legendary tales are told of the strange characters coming to live in the mountains of the Big Sur country in early days, but the strangest of all is the story of Jaime d’Angula.

Born in Spain in the early 1880’s he received his early education in France, came to America where he got his medical degree at Johns Hopkins and in 1913 started homesteading high up on Partington ridge about 35 miles south of Monterey.

He named his place Pas Pesares (The Sorrows) and lived the first few years aloof from his neighbors, going his way alone. Sometimes a passing horseman glimpsed a wild looking man dressed in early Indian garb ploughing his fields and word went round that this new foreign neighbor must be slightly “mad.”

One old timer recalls “Jaime, I remember how he used to come to the camp fire at “Whalens” wearing a long beard, cape and a wide brimmed black hat. He had a beautiful black silky beard and would stand in the shadows, never out in front like the rest. When the firelight fell on him he would throw his cape over his shoulders; conceited, I thought, but he was certainly a handsome man.”

Dr. d’Angula served in the first world war and later held a seat in the Department of Anthropology at the University of California. He left there in 1932 to return to Big Sur to build a home on his ranch. He built it solidly on the edge of a cliff patterned after the old Spanish homes.

Here he reveled in the life he loved, and many of his city friends came to visit. It is probable that through these visits news of the beauty of this wild mountain region sifted out and resulted in the crop of sophisticates appearing later to settle. Some of these, unable to cope with the hardships of primitive life, soon left for parts more civilized, but a great number became dedicated Big Surites, who remained to find fulfillment for their creative longings and have put down roots here.

Jaime d’Angula was a popular host and his guests gave no thought as to where the delicious barbecue steaks came from until one day the sheriff rode up with a summons. Jaime readily confessed killing a neighbor’s steer only, he added, after warning them to keep their stock out of his new orchard.

There was a trial and Jaime was sentenced to a jail term, but he protested that he suffered from claustrophobia and would go insane in a cell, the judge relented and Jaime paid a stiff fine and damages and returned to his mountain home.

He was said to be totally unpredictable. He was either in the heights of joyousness or the depths of despondency. One never knew whether to expect an enthusiastic embrace of welcome or a curt invitation to leave some times at the point of a gun.

This extraordinary man was a linguist, an authority on the language of the American Indian. His book “Indian Tales” was published after his death. In the later years of his life on the coast he threw out all trappings of civilization and went back to the days of the Indian. He chopped a hole in his roof and cooked over coals on the cement floor beneath it.

He was generous to the ones he really liked and gave way several parcels of land. He also gave the land to the Forest Service over which the “Los Padres National Forest de Angular Trail” leads from Highway 1 just south of Partington Ridge, up a steep climb to the Coast Ridge Trail, Cold Springs Camp and the South Fork of Big Sur. This was one of Jaime d’Angula’s generous acts.

In 1950 Jaime became ill and had to leave Las Pesares to stay in Berkeley with his family, who had resided there most of the time and he died there in 1951. His wife Nancy and two daughters are living  and Las Pesares is still in their hands.

A friend of Jaime d’Angula, Sandy Justice, now lives on the place and keeps up the garden and orchards. Frequent guests are entertained at Las Pesares amid a hospitable, if not as colorful, an atmosphere as in the days of old.

Jaime d’Angula an unforgettable character, a symbol of man’s right to freedom left his mark in the Big Sur hills.