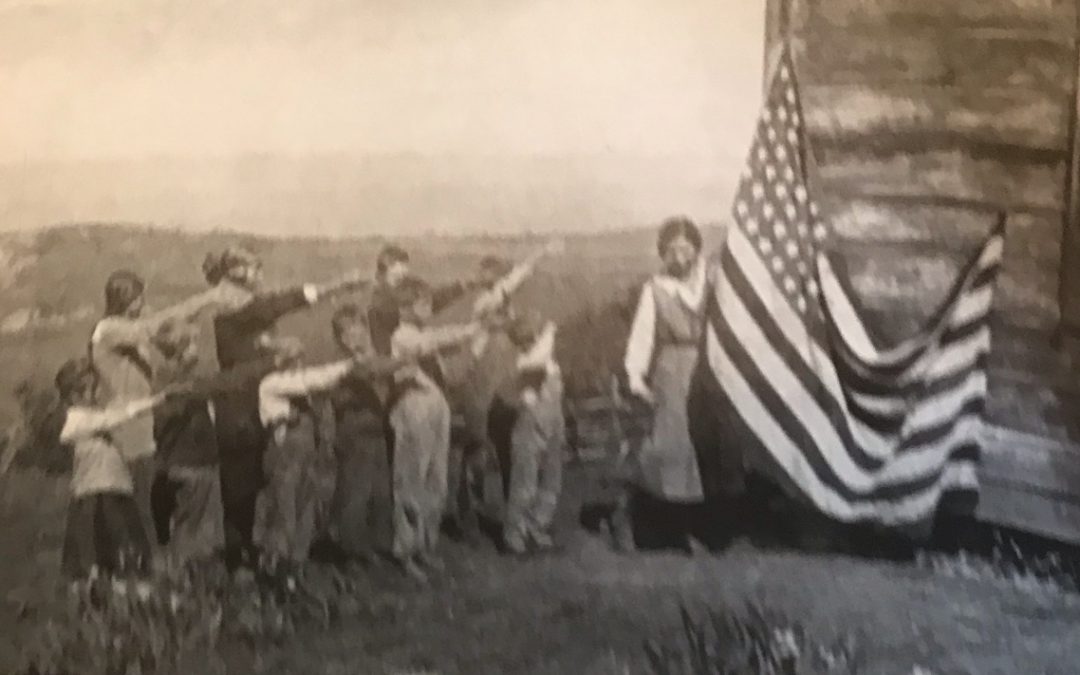 A complete history of the schools, their locations and instructors on the coast area has been prepared by Mabel Plaskett for publication in The Land. The narrative will appear in two installments—the first in this issue and the second in the November publication.

The south coast is a wild coast and lonely so it is and so it ever will be despite the desperate efforts of well-meaning but confused organizations who seek to control it.

The struggle for survival will keep out only those who possess a real affinity for the elemental wildness found in the deep redwood canyons, the rugged sea cliffs, the brightness of blue sea water rippling under the sun or hidden by ethereal fog banks. Each day brings some new aspect of beauty and wonder to those who truly love our south coast.

The trails of the coast are many—Trails over the mountains traveled long ago by the missions Indians, trails to the beaches where even farther back the native Indians carried fish and mussels to their camps, many of them located high up on mountain flats.

After the white settlers came around 1860 the time came to think of schools for the growing families many of them already far past the usual school age. So new trails were made by the children trudging to school often miles up in the hills where ever a central location suitable to all families in the area could be found.

IN THE SHORT distance between Lucia and Gorda there were three schools in early days. The Pacific Valley, the Redwood and the Mansfield School.

Here is the story of the three schools as nearly complete as possible, their struggle for existence and final merging into one.

The first school on the coast was the Redwood School which opened in 1878, with a Mr. Cavanaugh as teacher. The school house sat on a little flat above the Harlan place as some families lived quite a way up on the mountain.

This first school house was built by Michael Dani of logs notched and fitted without nails. The Dani’s were the first family to settle in this immediate area and they chose a lovely homesite. It is now the site of the new Camaldoli Hermitage.

Later a building was put up lower down, still on Harlan property, built by a man named Chris McQuay (Mcquay Canyon is named for his family) an expert woodsman who hand hewed and whip sawed every stick of the timber used. He built the first Lodge and cottages at Slates Hot Springs working with John Little.

THE FAMILIES were scattered and the children had a long walk to school. Near the school house was a large flat rock and the children loved to climb to the top of it to eat their lunch in the noon hour. Water was carried from a spring in a pail and set on a bench in the school room with a common long handled dipper for drinking. In later years the water was piped to the school.

There is some vagueness about the teachers the next few years but Miss Lucille Turner, who lives in Carmel taught in 1895. I would like to quote from her letter, “I taught at the Redwood School district two winters, eight months each time, in 1895 (September) to April .96 and September ’96 to April ’97.

The largest enrollment was 17 pupils, I believe, seven or nine grades—the two years different. That meant, of course, one or two persons per grade with three in one grade. The family names were Dani, two girls, two boys; Boronda, two boys at most; Avila, four boys; Lopez, two or three girls (two the first year, three the second), Twitchell, one boy, one girl (?) I’m a little uncertain on them. Mrs. Twitchell was a Dani, they were not there the first year.

“I DIDN’T know the Plasketts well, as their district was 10 or so miles away, reached by trail, afoot or horseback. Gorda was the P.O., I believe. The Harlans lived at Redwood. He was a trustee but the children were too young for school. Mrs. Harlan also was a Dani.

I don’t remember any other names thereabout, though there were one or two single men on claims in the area and a young woman had a homestead a few miles away in the mountains. Of course cattle, goats (Spanish) and hogs were the chief money crops, but most places had chickens, some fruit and kitchen gardens. The men fished intermittently, just for home use. Also they killed deer for food, despite the laws.”

In 1913 Miss Esther Smith came to teach and here is an excerpt copied from the Carmel Pine Cone of November 1961:

“Forty-eight years ago the new schoolmistress for Little Redwood School, located on the fringes of Los Padres National Forest down the coast from Partington Ridge, stepped off the Jolon stage and was met by a man she’d never set eyes on before.

“HE PLACED her luggage in his spring wagon and the pair jogged for 25 miles across virtually roadless terrain until nightfall when they arrived at a cave.

“The cave had ashes a foot thick on the floor, showing it had been used by generations of Indians. I curled up in one corner and listened all night to the scurrying sounds of small wild animals but I didn’t say a word. I’d made up my mind not to be afraid,’ the school teacher recalled.

“’In the morning we left the harness and wagon in the cave, took saddles which had been left there, and rode home by horseback. I hadn’t been much on horseback. I was really a ‘greenhorn’ in those days.’”

The young schoolmistress was Esther Harlan (then Smith) who was to teach youngsters in the little school for more than 40 years. The man with the spring wagon was Esther’s future father-in-law, Wilbur Harlan, father of George Harlan, whose grandfather homesteaded the property just north of the present Camoldoli Hermitage in 1877. And “home” was the Harlan ranch near Lopez (pronounced lo-pees by those in the area) Point, south of Big Creek, about 20 miles below Big Sur.

Into this rugged countryside came Esther, the school teacher. She had come from Campbell to King City by train, by stage from King City to Jolon.

THE BUSINESS of leaving one’s saddle in the cave and hitching the horses to a wagon on the way to town and vice versa on the way back was standard procedure for everything on those days.

When she first arrived, she boarded with the Harlan family. “The Redwood School was the center of the community in those days,” Mrs. Harlan says. It was located up on the hill five miles south of the Gamboa ranch and Mrs. Harlan wasn’t sure when it came into existence. But Mr. Harlan’s mother attended it in the early days. Mr. Harlan’s mother was a member of the pioneer Dani family, and it was her father who came to the area in 1877.

Wilbur Harlan, whose family also took up homesteads and went into the cattle raising business, came in 1885.

About six families were sending their children to school when Esther first came, some of them walking several miles. In the community there were the Camboas, the Borondas, the Twitchells, the Swendings and the Danis, most of whom still have descendants living in the neighborhood, or at least in the county. George Harlan himself has two brothers and a sister in the neighborhood, Fred, Marion and Lulu Harlan, and a son, Don. Anyone reading the mailboxes on the coast road south of Big Creek soon discovers that the hills are full of Harlans.

But in the early days of her teacher career, Esther taught classes ranging from two or three to 17, with sometimes children in all grades up to the ninth. “It was quite a scramble to keep them going,” she remembers. “We started the term in August and had a long winter vacation while the roads and trails were impassable.”

THREE YEARS after she arrived in 1913, Esther married George Harlan, who had been born on the Harlan ranch. “I quit teaching for a few years, but after our eldest son, Gene, was old enough to go to school, we had no teacher again. And although I don’t believe in married women with small children teaching, I hadn’t much choice.”

This time Redwood School, built by the Harlans in a new location on the Harlan ranch, joined with the Lockwood community to take in children from there and Esther Harlan taught until 1942. “When we ran out of children again.”

Redwood School closed down at this time for lack of children and Miss Guichard went to Hawaii to teach. There she died in the flu epidemic.

In 1924 Redwood School reopened with Mrs. Corrine Harris as teacher. She was followed by Mrs. Mary Stiverson who had brought in extra children to maintain the attendance. Her son Otis also went to school. Miss Marion Smith, Esther’s sister taught a while, it being her first school. Her sister Ada followed teaching part of the term. She was then called to Pacific Grove to teach in her home town and Alice Stewart Harlan finished out her term.

AT THIS TIME at the suggestion of Ellis Patterson, principle of San Antonio Union School, the little Redwood School became a branch of the San Antonio and from that time on Esther Harlan taught. The last year of her teaching was 1942. At that time she had two pupils, Donna Powers and Stanley Harlan. After the close of the Redwood School any children of school age attended the neighbor school 10 miles south at Pacific Valley.