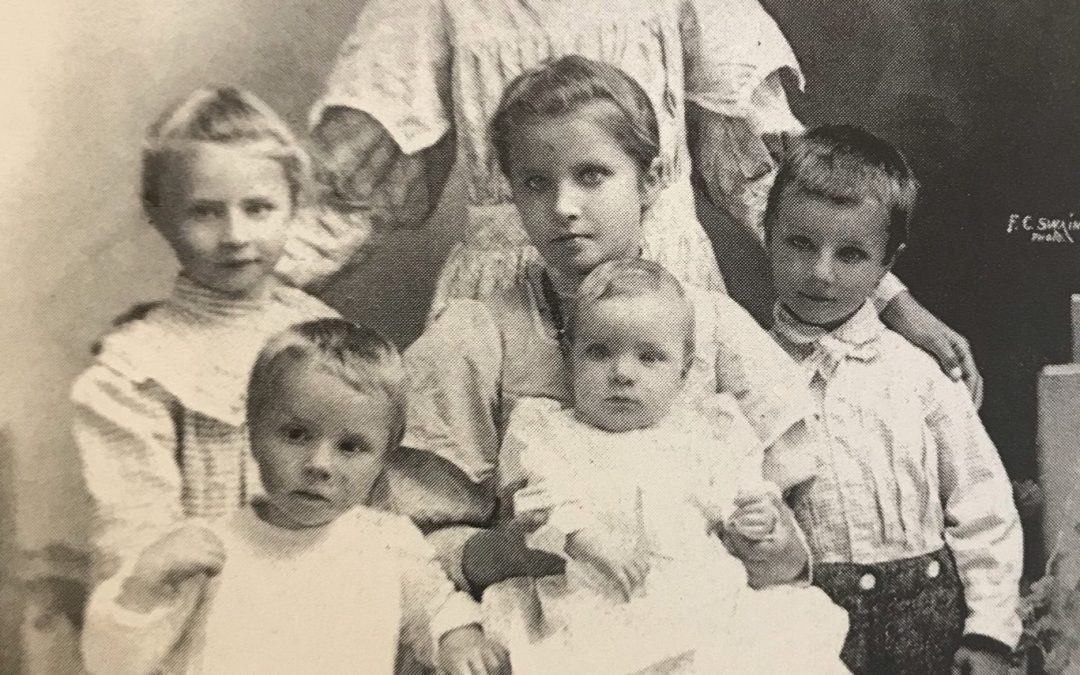 One of the most desirable locations along the Coast is the old Dani place 20 miles south of Big Sur. A shelf of level land about 1,000 feet above the sea, with virgin forests of redwood, tanbark oak and laurel growing on three sides and opening toward the ocean with an incredible view. On stormy days one can hear the surf pounding on the rocks below and near the door way the rush of wind in the giant trees. In this paradise, Gabriel Dani settled in 1867.

Gabriel Dani, born in Vermont, joined the Mormon wagon trains bound for Utah. On this trip he met Elizabeth Brown, fresh from England, and they were married in Utah in 1847. Here they lived a few years and their first three children, Mary, Jane and Ada were born.

Answering the call of the west, the Dani family joined a west bound wagon train and lived at Sutters Fort, where Gabriel worked in the mines. This country did not suit young Gabriel so he took his family by boat to southern California and stayed two years in the town of Wilmington.

It was in Wilmington that their first boy Gabriel was born only to live a few months. After his death, the family moved to a ranch near San Juan where they lived for two years. From here they moved to the Coast and settled on this beautiful spot. This was in 1867.

In their new home the Danis lived in peace and plenty raising fruit and garden for the whole country side. Cattle thrived in the rich pastures and hay was raised for winter feed. The climate was ideally suited to the culture of fruit and a large orchard was planted, citrus fruit as well as apples, pears, peaches, plums and apricots furnished fruit the year round. All worked hard to overcome the rigors of pioneer life. In these early times all water was hauled from nearby springs, wood cut for stoves and fire place, animals to be tended and cows to be milked.

Often the man of the house had to go out and work in the harvest in the Salinas Valley to earn money to get through the winter. One summer while working on a threshing machine Gabriel lost his right arm. He was a hardworking man of iron constitution and became so adept with his one arm that everyone marveled. The Dani’s lived here until 1905 when they moved to San Lucas where Gabriel died. After his death Mrs. Dani and daughter Lucia moved to Monterey where they lived until Mrs. Dani passed away.

Ten children were born to the Dani’s most of them on their mountain home. All grew to be useful, upstanding citizens. This was one of the first families to settle on the Coast. The Michael Pfieffers came in 1869 to settle in Sycamore Canyon about 20 miles to the north. Two of the Dani family married Pfieffers. In fact all of them found their mates on the Coast with the exception of the youngest, John, who married a girl from Jolon. Incidentally, not one of Gabriel’s sons or daughters is alive today. Briefly their histories are as follows:

Mary Dani, the oldest daughter, married Nes Swinding and settled up the Coast on Marble Peak.

June Ann, the second daughter, married a handsome young man who worked at Slater Hot Springs. This was Will Twitchell. They files on a homestead on the north fork of Lime Kiln Creek and made their home here. Will was among the first to work at the lime kiln when the Rockland Lime and Mineral Co. started to operate. Children of this couple still living are Will Twitchell who married Lorraine Garner and lives in Pine Canyon. Lorraine’s smiling face greets customers at Carl’s Market in King City. Irene, who married John Ingram, a neighbor of the family on the Coast, also lives in Pine Canyon and Marjorie is Mrs. Sam Avila also living in Pine Canyon. Sam is the son of the late Cipriano Avila and a well-known rancher. Mary Twitchell is Mrs. Holcolm of Eureka.

Reil Dani also married a Coast neighbor, Josie Boronda and after a few years on the Coast they settled on the old McKern place on the Nacimiento River where they reared nine children. Among these is Ellen Zoellen Fairbanks of Santa Barbara who often visits friends in King City. Reil drove the stage between Jolon and King City for many years, being the first to operate an automobile on the stage route.

Alvin’s first wife was Ellen Pfieffer. Two little girls, Electa and Amelia, were born to them before Ellen died. Later Alvin married Kate Pfieffer and they lived on the Peak Place on the Little Sur River. Donald, Albert, Stanley, Margaret and Katherine were born and reared in this area. Later they moved to the old Pfieffer home in Sycamore Canyon. Here they lived until Alvin’s death in 1948.

Albert Dani is foreman on the Doud ranch near King City. Albert is a born cattle man, a skillful rider and roper, as is his wife, Neva, who is secretary of the King City and SoMoCo Chamber of Commerce.

Ada Dani married Wilbur Harlan and lived all her life on the Coast a few miles from her birth place. Lulu Harlan, with her sister Hester Victorini, now live on the Harlan homestead and George, Fred and Marion have ranches nearby. The Harlan’s were among the few Coast families with enough foresight to hold on to their land when so many sold out to Hearst and other large corporations.

Isaiah Dani, known as “Ty,” lived on the home ranch after the old folks moved to San Lucas in 1905. Ty ran the coast ranch until it was sold to Gordon Moore around 1925. He spent his last years in King City where his widow still lives.

Lucia never married. She lived on the Coast most of her life, moving with her parents to San Lucas, where she worked in the hotel. After Mr. Dani’s death, she and her mother lived in Monterey where her mother died. Lucia lived in Santa Clara for a few years and then moved to King City where she spent the remainder of her life. The post office of Lucia was named for her and the area is still called Lucia. The well-known Lucia Lodge is situated below the old homestead overlooking the sea.

Anthony or “Than” married a neighbor girl, Eliza Hidalgo and leaving the Coast moved to the upper San Antonio Valley where they lived several years. After selling out to Wesley Plaskett in 1924, they then settled in Aromas where his wife and family still live.

John was the youngest of the family, married Jennie Garcia, daughter of Celestino Garcia. They lived around San Lucas and King City and finally settled in Richmond where he spent his last days.

So passed from their Coast home another pioneer family leaving to their many descendants a rich heritage of memories. The lovely spot where they worked and played is now the site of the Camaldon Hermitage. We will leave their story for a later date.

The Palouse Hills country in Washington state is the highest producing wheatland in the nation.

This is the latest Dani Family Tree. Albert Ivon Dani aka, “Butch” helped us gather this information.